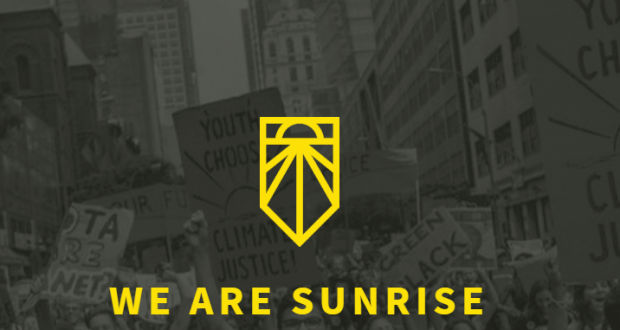 It is obvious by now that these riots are not simply spontaneous events that are unplanned and arising without organization and a purpose. The appearance of the same Marxist inspired groups at each event, Antifa and Black Lives Matter are not accidental nor coincidental happenstances.

As noted by Art Thompson, CEO of the John Birch Society:

There is absolutely no such thing as a spontaneous uprising in multiple states and cities across the country.

A Close Look at the Riots- Art Thompson

These groups, founded by Marxist revolutionaries, have a purpose as do all of the fools sucked into the Communist ideology, which has failed everywhere applied. We’ll look at a few of those purposes in this post.

The Pandemic Dies Down – Riots Arise

The pandemic narrative is losing steam as the COVID19 numbers steeply decline. The pandemic has accomplished quite a bit in provoking fear and separation while promoting compliance with government authority.

The pandemic has effectively separated us from each other. The progressives have achieved their stated aim of effectively undermining our capitalist economic prosperity and our Constitutional freedoms all in the same bundle.

However, that control was dwindling. So, another issue was needed upon which they could continue the progress of State control of the populace.

The George Floyd riots arose just in time to save the day.

These riots are yet another escalation to further dampen liberty. They generate increased government controls by further eroding the economy and increasing government reach into our lives under the guise of protecting us from harm.

Is there evidence that any of this rioting was pre-planned? The video below covers an organized movement called “The Sunrise Movement” which demonstrates the preliminary training leading up to the anarchist riots we are witnessing today. Claimed to be about “climate change”, the training below shows there is more to it than simply the climate change agenda.

A 2-year study shows by “Millennial Millie” provides the proof of how a funded group of students was trained to become street rioting anarchists in Democratic-controlled cities.

Known Communist AOC, Democratic Socialist, congratulates the Sunrise training leaders for promoting the violent protests and anarchy during the George Floyd riots at the end of the video below:

One of the real purposes of these riots is to create anarchy. Communists have always sown chaos in order to promote unrest amongst the people of a nation they are trying to transform into their tyrannical model of the State as God.

Capitalism is always blamed for the failures, but the encroachment of the regulatory state and its failed policies somehow never gets any blame.

The failure is always placed within the same meme- free-market capitalism. A system of economics that has produced all of the modern conveniences of human beings, including all of those electronic devices modern-day Marxists use to sow the seeds of the disorder.

On the other hand, Marxist socialism produces nothing. It simply redistributes the wealth produced under capitalism more equitably, or so they claim.

The plain, real-world results of poverty and tyranny that are generated by every Marxist system tell otherwise.

Braindead “useful idiots”, as the Soviets used to call them, are too indoctrinated with a false ideology to pick up on this reality. They robotically do what they are directed to do even if it has no proven results when applied.

Years of indoctrination, beginning in pre-school in our public schools and ending in the Universities, into the Marxist paradigm (often not calling it what it is) has caused these programmed students to stop thinking for themselves. They narrow-mindedly tolerate only the thought narrative permitted rather than what makes sense and empirically works.

As former “red diaper baby” (raised by Communist parents) puts it in his book, The Black Book of the American Left Volume 2: Progressives:

The first agenda of social redeemers is to dismantle the existing social order, which means their intellectual and political energies are focused on the work of destruction.

Anarchy, is that “work of destruction”. Anarchy promotes lawlessness.

In turn, lawlessness promotes a transitory feeling of freedom and disorder.

It doesn’t last, but that doesn’t matter to the Marxist. They are not taught to think. They are taught to react emotionally, not logically, or reasonably.

Try entering into a discussion with an anarchist.

You will soon find that after you present facts that destroy their ideology, the ad hominem (against the man) attacks will begin.

Loud repetition of memes will soon drown out the dialogue. They cannot promote emotionally based disorder in the face of facts and empirically-based reasoning. So, they don’t use facts and reason.

Instead, they shout you down and proceed with their mindless memes designed to promote emotion not reason. These same memes, constructed into robotic chants, are also used to promote the emotionally charged disorder that leads to rioting, in the end, a primary intended result.

Have you noticed how impotent the local police have become in cities run by progressive Democrats? This is not a mistake. It is intentional.

A local police force provides benefits to the community that pays their salary:

Marxists however, don’t want local police. Their goal is to get rid of the local police. They use brownshirt-like groups like Antifa and BLM to disrupt law and order in the progressively run Democrat cities because the police are handcuffed there with “stand down” orders.

Local Police Are Being Intentionally Stifled

Our hands are being tied. The rank and file members of all ranks have sent me numerous emails, letters, text messages, photos of New York City … being destroyed. We have no leadership coming from City Hall. We are being told to stand down.

NYPD is Losing the City

All of these riots are designed to promote disorder. Law and order is not a part of the “progressive” agenda. One of the tools for that arises from the progressive political “leadership” in Democratically controlled cities – suppression of local police responses.

Where Stifled Police Are Leading

The word progressive is a buzzword that is a substitution for the word Communist. The progressive term is intentionally designed to hide the Communist intent behind a word that evokes “progress”.

The reality is that the only progress being made is the dissolution of law and order which is the first step in promoting the Communist agenda.

Step two is to replace what you have torn down with what you were really were aiming for in the first place – a Communist system. Replacement of the local police with a national police force is part of that system of State tyranny.

What All Tyrannies Have

The SA, storm troopers aka “brownshirts”, were the violent paramilitary group used by Hitler to promote disorder in pre-World War II Germany.

Their role eventually diminished as Hitler grew in power. They were displaced by the SS after the events of Kristallnacht (Jewish purge night of the glass) and never regained prominence again in Germany.

One of its purposes of brownshirt groups in promoting disorder was to eliminate the local police and replace them with a national police force.

Once power is achieved, which the brown shirts helped generate, the coming tyranny was enforced by a centrally controlled national police force.

All good tyrannies have a centrally controlled, national police force as the examples below demonstrate:

It is clear then that all Communist tyrannies institute a centrally controlled police force, not a local one. This, as noted in the short video below, is another goal of the anarchist riots, elimination of the local police:

Been There, Done That Communism

More than coincidence, what is going on in our nation today appears to be history intensifying and repeating itself.

Certainly, the main actors in the rioting on our streets are Antifa and Black Lives Matter, both Marxist rooted groups that have as their goal, the creation of anarchy and replacement of our capitalist system (what is remaining of it anyway) with the tyrannical reign of Marxist inspired technocracy much like we see in China today.

If you take the time to view Anarchy USA, a documentary made in 1966 about the civil rights movement, you will see direct parallels with the tactics being used today:

What Can We Do?

At present we, as a nation, have two primary choices:

Do some research and open your eyes before all we have known as freedom disappears forever.

Take some time to watch the videos above, follow the links, get informed, and resist the planned progressive tyranny before it is too late to take any intelligent action altogether. You and your family’s future depend upon it.

Is Blasey Ford Really the Tearful Ditzy Blonde She Appeared to Be?