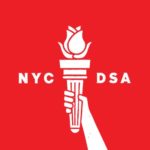 Note the Reference to the “working-class people” A Marxist ideological tell.

New York Democrat Joe Crowley, was considered the fourth in command in the Democratic House. As Chairman of the House Democratic Caucus, he was expected by some to replace Nancy Pelosi as a future Speaker of the House.

A Future of Danger Actually

He was defeated in the primary by 28-year-old Alexandria Ocasio-Cortez. This is more insidiously dangerous than the media will reveal.

First of all, Ocasio-Cortez was endorsed by Soros-funded MoveOn and the Democratic Socialists of America (DSA).

She is obviously an open-border advocate Latino who wants to abolish the Immigration and Customs Enforcement (ICE) agency.

She was also a campaign organizer for avowed Marxist-Socialist Bernie Sanders who was also heavily endorsed by the DSA (as is Maxine Waters btw).

Now, one can settle for the predictable media narrative and note that Joe Crowley was a 10 term incumbent (20 years in Congress) and what an upset this was!

Nasty Pelosi, of course, expressed regret over Joe’s loss issuing a statement describing Crowley as “an unwavering champion for America’s working families for almost two decades” who “brought principled, unifying and forward=looking leadership to the historic challenges of the Trump administration” as the Democratic caucus chair.

CNN appeared ecstatic tweeting a huge headline proclaiming “Democratic socialist wins biggest upset of 2018” with a picture of this 28 year old millennial socialist celebrating joyously with a rainbow logo (LBGTQA support symbol) on her T-shirt and her rainbow supporters behind her. Identity politics in full bloom as usual with the left. Always celebratory for the progressive ilk.

The media will also play up the Donald Trump connection with Donald’s statements about this Trump hater’s defeat:

That is a big one that nobody saw happening,” Trump said of Crowley’s defeat in a tweet. “Perhaps he should have been nicer, and more respectful, to his President!

However, there is something more dangerous here that needs to be acknowledged and explored.

One can get a better sense of the danger of this political neophytes victory when you understand a bit more about just what these Democratic Socialists of America truly represent.

Who Are the Democratic Socialists of America (DSA)?

“Democratic Socialists of America is the largest and fastest-growing socialist organization in the USA” is what they proudly proclaim on their twitter page. One can’t help but notice how red seems to be their favorite color.

Frankly, I don’t think that is a reference to the Republican party. After all, isn’t the color of the Democratic party blue? This raises some questions:

Is Eugene Debs a Clue To DSA Ideology?

Perhaps, the quote by Eugene Debs on the DSA twitter page pictures section gives some clues as to what their true ideology is?

This reference to Eugene Debs leads to an article written by DSA’s Leftist History Professor Maurice Isserman on the DSA site entitled, A Brief History of the American Left which begins with a Eugene Debs quote.

“Promising indeed,” Eugene Debs wrote in September l900, “is the outlook for Socialism in the United States. The very contemplation of the prospect is a wellspring of inspiration.”

However, the last sentences in the article are the clincher on DSA for me:

The merged organization, Democratic Socialists of America (DSA), for the first time since the First World War brought together the various splinters of left opinion in America: former Socialists and Communists, former old leftists and new leftists, and many who had never been leftists at all. The decades of disunion had taken their toll.

The hundreds of thousands of Debs’s day had dwindled to mere thousands. But a new beginning now seems possible in the 1990s As the old Cold War polarities break down, DSA has an opportunity to demonstrate that the history of the American left had reached a turning-point, not an end.

Debs was the 5-time Presidential candidate for the Socialist Party of America during the early part of the 20th century. However, it is important to understand how Debs got his inspiration for his socialist vision.

While in jail for his role in the Pullman Strike, which resulted in an estimated $80 million of property damage and the deaths of 30 strikers, Debs was visited by Milwaukee socialist newspaper editor Victor L. Berger (who himself was convicted under the Espionage Act of 1917 but freed after a year by a Supreme Court decision).

In Debs 1926 obituary in Time magazine, it was said that Berger left him [Debs] a copy of Das Kapital and “prisoner Debs read it slowly, eagerly, ravenously.”

Debs emerged from jail at the end of his sentence a changed man. He would spend the final three decades of his life proselytizing for the socialist cause.

It’s clear then that Debs got his inspiration for the socialist cause ultimately from Karl Marx’s “Das Kapital” That’s a pretty big clue of where he and the Democratic Socialists are coming from as well.

Now, we are closer to the why of the preference for red with this DSA group. The term socialism, as it turns out, is really just another one of those propaganda euphemisms for Marxism. Which, in itself, is a dressed-up term for what socialism DSA style really has in mind as a global political power solution- Communism.

Now, just what is the primary color in the Communist flag? Hint: Some say it stands for all the blood that is shed to spread and keep it once established. So, that DSA penchant for red doesn’t represent the Republican party after all.

New Zealander, Trevor Loudon, researched American politics when he was led here while investigating his concerns with the globalist agenda he was seeing in his own nation of New Zealand.

The foreigner Loudon was one of the first to point to Obama’s spotty Marxist background which was largely ignored by the media of course.

However, he did make a film about his investigative discoveries of the American political connections called, “The Enemies Within“. This documentary traces the connections of our politicians with leftist and communist-inspired groups.

Politicians like Maxine Waters and Bernie Sanders, among others.

The YouTube excerpt below was about Bernie Sanders. However, in this excerpt, the background of the DSA is covered because like Alexandria Ocasio-Cortez (who was Bernie’s campaign manager in New York state) DSA heavily endorsed Bernie as well.

This is only a 7-minute snippet from the full film but notes the inspiration mentioned by the DSA activist Andee Sunderland, co-chair of the Sacramento DSA:

“I’m a Democratic Socialist, probably because at 14, I read the Communist Manifesto.”

In Case You Doubt the DSA Are Marxists Don’t Think This Group Promotes Marxism? Read Their Magazine and You May Have a Different View

This is a link to their magazine movie review of “The Young Karl Marx” titled “When Karl Marx Was Young and Dashing”.

The article fawns over the young Karl lauding the merits of his work. One gets the impression that Marxism, responsible for close to well over a hundred million deaths in the 20th century alone, is a great contribution to economic theory.

As most Marxist ideologues do, they conveniently ignore the reality of egalitarian poverty and the tyrannical police state that always follows in its wake of course.

The Democratic Socialist’s overall recommendation on the film? “the film is a must-see“.

This praise sure doesn’t sound like a group of conservatives or even traditional liberals to me. These are hardcore, idyllic dream Marxists.

Not To Be Taken Lightly

While some will applaud the loss of Joe Crowley, including Donald Trump, this victory by the 28-year-old, millennial, Alexandria should not be tossed off so lightly as the loss of an entrenched incumbent.

There is a big red flag here (pun intended). And it has a golden hammer and sickle woven into it.

Behind this socialist veil, however, lies an understated foundation of Marxist/Leninist Communism.

If it were up to the Millenials in 2016, Bernie Sanders would have been the President! And if you watched the excerpt above, after 8 years of Obama, where do you think that would have led America to elect a Marxist inspired Democratic Socialist like Bernie?

In the following video this question is discussed in an entertaining but educational way:

Those of us that value our freedoms cannot afford to lose any ground in any upcoming elections. While our current President may not be the most polished politician, examine the results of the slick politicians like Obama or Bill Clinton to see where the next socialist-oriented President will lead us.

However, with all of the polished public front aside what, in fact, did these administrations deliver to us but enslavement under regulatory control and massive national debt?

Unlike the 90’s TV commercial- image is not everything- results are. The results are what is left behind when the administration moves on to retirement or their next venture.

As it stands today, Donald Trump is the best shot we have at putting off the red menace that lies behind the leftist indoctrination system called public and higher education.

Our indoctrination system, kindly called public and higher education, has intentionally conditioned the minds of far too many in recent generations to accept Marxist collectivism as a solution to our national and global problems.

Those who don’t accept this model of tyrannical control in the name of equality need to fight back through the electoral process and every other means possible.

If the leftist Dems get control back, they will happily and as rapidly as possible, move far left into State dominated tyranny bringing our nation closer to Venezuela than to Camelot. You can count on that.

Taxes will rise once again as free becomes the catchword of the day. One can anticipate that social and economic collapse, accompanied by tyranny will closely follow on its heels.

Victory’s like AOC’s above should be a wake-up call of just how dangerous things are getting. Her victory is not a celebration for Americans who cherish the values of limited government and therefore more personal freedom.

The Socialism AOC endorses and promotes generates exactly the opposite of more liberty. Instead, in the name of creating equality, it robs us all of our liberties.

The history of socialism, from small local experiments to large national applications, proves that over and over again. Do some research and you will discover that to be the case.

AOC’s victory is not a cause for celebration. It should instead be a wake-up call.

Will we answer that call or take no action and watch our nation erode before our eyes? That answer lies within each of us. What will yours be?