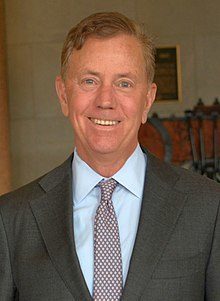 Governor “Ned” Lamont just issued guidelines for reopening the economy on May 20th. In attendance, were the Governor- Ned Lamont, the Lt. Governor- Susan Bysiewicz, and the Director of Economic Community Development- David Lehman.

You may want to pay close attention to these guidelines, particularly if you are in a state with a Democrat as governor. Just as China was used as the model for the rest of the world with its draconian controls, Connecticut’s draconian, citizen controlling guidelines may come soon to a state and town near you.

Delivered with a master-slave attitude, they are wrapped in ensuring citizen safety, but state businesses and residents are treated like children who are being “allowed” to do things that are normal activities that are necessary to live in our society.

What About All These Mandatory Masks?

The assumption is that this virus is transmitted by air even though viruses by nature are parasitic and are inactive, at best, outside of the cell according to empirical evidence:

Viruses are roughly one-hundredth the size of a bacterium and consist of two or three distinct parts:

Viruses do not contain a ribosome, so they cannot make proteins. This makes them totally dependent on their host. They are the only type of microorganism that cannot reproduce without a host cell.

In truth, viruses have no motility (ability to mobilize themselves). Nor do they have the ability to metabolize food sources since they have no digestive systems. They do not even fully qualify as living organisms.

According to the Scientific American:

For about 100 years, the scientific community has repeatedly changed its collective mind over what viruses are.

First seen as poisons, then as life-forms, then biological chemicals, viruses today are thought of as being in a gray area between living and nonliving: they cannot replicate on their own but can do so in truly living cells and can also affect the behavior of their hosts profoundly.

It is claimed that after contacting a host cell, a virus will insert genetic material into the host and take over that host’s functions. However, if they lack motility, how do they get into the cell in the first place? That part of the story is rife with assumptions.

After infecting the cell, we are told that the virus continues to reproduce, but it produces more viral protein and genetic material instead of the usual cellular products.

It is this process that earns viruses the classification of a parasite. So, the questions that come to mind are:

Let’s now take a look at the people delivering the Connecticut guidelines.

Who is Governor Ned Lamont?

Since being elected governor, Connecticut residents have viewed Lamont unfavorably. The Morning Consult has listed him among the top ten least popular governors every quarter since his election.

In a survey conducted in the last quarter of 2019, he was ranked the fourth most unpopular governor in the United States, with a 51% disapproval rating and a 32% approval rating. After reviewing these restart guidelines, you may be able to understand why.

Lamont seems like another case of a guy out of touch with the commoners. He attended Exeter Academy, a boarding school which is one of the most exclusive Middle schools (9 to 12th grade) in the nation with annual tuition of $55,000 in 2018-2019.

He received his B.A from Harvard in sociology and an MBA from Yale. He is the great-grandson of former J. P. Morgan & Co. chair Thomas W. Lamont.

Who Is David Lehman?

With his “silver spoon in the mouth” background, it should be no surprise that Lamont selected David Lehman as his Economic Community Development director. Lehman is a former high-level Goldman Sachs executive.

Lehman, 41, is known for his testimony on Capitol Hill, where he was asked to explain the role that derivatives played in the 2008 meltdown. He was directly involved in highly complicated transactions involving CDS (credit default swaps) and CDO (collateralized debt obligation) securities.

No surprise that a guy like this would be engaged in creating micro-management of the population based on the fear-mongering drama generated around this highly overplayed and still never fully isolated virus.

Highlights of the Press Conference

Lamont had a press conference laying out the May 20th reopening guidelines for the state of Connecticut. Presenting at the conference were Governor Lamont, Lt. Governor Susan Bysiewicz, and Economic Community Development Director David Lehman. All appropriately seated 6 feet apart, of course.

Brief Summary of the Guidelines

The May 20 phase one reopening guidelines are based on a set of safeguards, with strict controls on business operations and social interaction. These include, among other measures:

The state will monitor progress based on defined public health metrics, with safeguards and controls loosened based on that progress.

If efforts to control the spread of the coronavirus are successful, additional businesses will be permitted to open and additional leeway given to those already allowed to operate.

This process is expected to continue through September, 2020.

You can read in more detail the new May 20 Connecticut business reopening guidelines at this link.

The video covers an overview with slides on the reopening plans. A new normal that business owners are being “allowed” by their magnanimous “public servants”.

Kinda makes you wonder who is ending up the servant, or more accurately slave, in this relationship? I didn’t know elected officials paid from public funds were the slave masters and the people who elected them the slaves.

Yet, these people are deciding:

I guess you didn’t know you signed up for this when you elected these “public servants”. They have morphed from elected servants of the public to its slave masters.

Is this coming soon to a state near you? Are we simply going to defer to our elected slave masters dictates and with bended knee submit to their “new normal“?

I guess it depends on whether we are, in fact, really the “land of the free and home of the brave“. Or like our Constitution, is that simply ancient history and a “living” concept now as well? Fear apparently trumps freedom and bravery.

Previous Post Completely Eliminated from the COVID-19 Panic – The Environment Next Post What Are the Real Purposes of The George Floyd Riots?