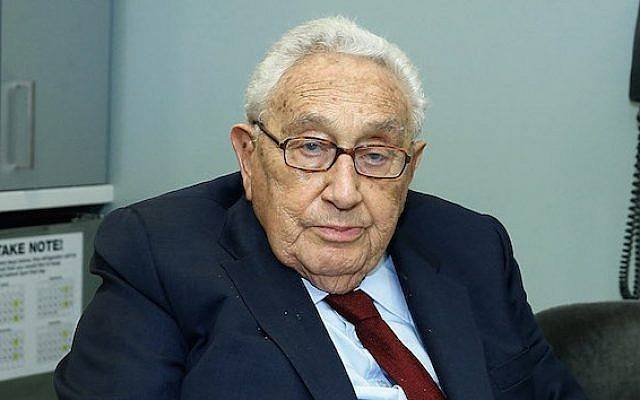 Globalist New World Order, former Rockefeller asset, 96-year old, long-term member of the Council on Foreign Relations Henry Kissinger correctly frames the COVID-19 panic as an event that will “forever alter the world order”. Unfortunately, he may very well be correct. It sure looks that way at present.

In the Wall Street Journal, Kissinger’s op-ed predicts that many countries’ nations will be perceived as having failed. Why?

Based on Kissinger’s article, the post discussion below from Arirang News, a South Korean news source, launches into a new world order frame making it a requirement, not a choice:

Kissinger’s recommended steps after the “pandemic” is for the U.S. to shore up global resilience to infectious disease by developing new “technologies for infection control and commensurate vaccines across large populations.”

He goes on to recommend we should “strive to heal the wounds of the world economy”. How? Big government bailouts and government interventionism. Big government huh? Just what the globalists ordered.

After all, according to Kissinger, individuals cannot safeguard the world order of security, justice and economic well-being on their own. Big Brother must do it for us.

Kissinger wants the nations of the world to resist the urge to close their borders and practice nationalism. Instead, he says they should:

Safeguard the principles of the liberal world order.

Without this restraint from all nations, the failure to preserve the liberal order “could set the world on fire”. A consequence that I don’t think a man like Kissinger would be staunchly opposed to, in fact.

Kissinger, despite his mainstream media halo, was never a man of good moral integrity as evidenced by this description of how he along with President Nixon left the POW/MIA prisoners of war to hang out to dry (and die).

Kissinger, like Rahm Emmanuel, has also never been one to let a good opportunity to push his global, new world order go to waste. Not even at the ripe old age of 96. He’ll get his New World Order or at least die trying anyway.

Previous Post The Scientist, Whose Doomsday Coronavirus Report Incited a Global Panic, Just Walked His Mortality Predictions Back to 4% of His Original Prediction Next Post The Gates Foundation Funds a New Microchip Vaccine Technology for COVID-19