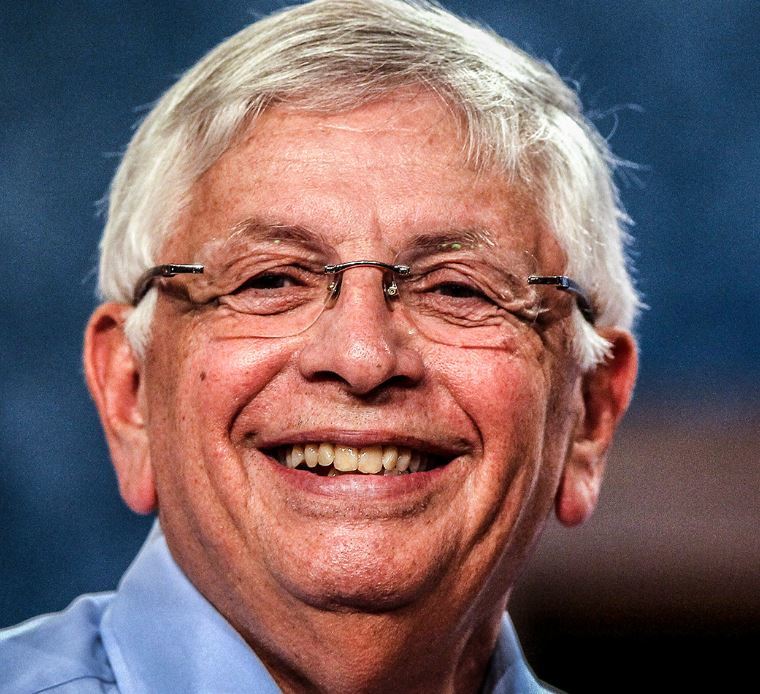 Mr. Stern seemed like an OK guy but I didn’t know that he was a member of the Council on Foreign Relations (CFR) until I saw an op-ed on his death. This is more telling than most people actually know. This post isn’t really about his death which will be well covered elsewhere. This post will focus more on Stern’s connection with the CFR and its implications.

Of course, one might ask – so what? Well, the “so what?” the answer lies in an understanding of just what the Council on Foreign Relations or CFR represents and what their overall intentions are.

First, let’s take a quick peek at the CFR (Council on Foreign Relations) to get a sense of what impact a major sports commissioner with a membership to this internationalist organization may have on sports fans.

Who Are the Council on Foreign Relations?

First of all, it is not some select group of guys who gather once a month wearing strange costumes and weird antler helmets in secret meetings to conduct odd ceremonies with occult overtones.

The Council on Foreign Relations had its origins on May 30, 1919, after a series of meetings at the Majestic Hotel in Paris with British and American internationalists under the guidance of the influential Colonel Edwin House, considered by Woodrow Wilson as his “second personality”.

At that meeting, it was decided that there should be an “Institute of International Affairs” formed which was to be divided into two branches – British and American.

Nearly all of its American founders were bankers and lawyers. Its stated intent they wrote was to develop a knowledge of foreign affairs and a “reasoned American foreign policy”.

One question this begs is: Why should foreign affairs nearly exclusively be in the province of bankers and lawyers?

J. P. Morgan, Rothschild connected and instrumental in the origin of the Federal Reserve System, had his footprints all over the CFR initially:

The Rockefeller’s were also engaged by donating the Harold Pratt House building that houses the CFR today at 58 E. 68th St. in New York City. Over the course of time, the influences within the CFR shifted away from the Morgans to the Rockefellers.

What Is the CFR About?

Most CIA Directors come from the CFR. Many Secretaries of State like Henry Kissinger were also CFR. CFR members are sprinkled throughout the media in key positions as well. Walter Kronkite, for example, was CFR. Former long-time Washington Post owner was CFR.

The concentration of CFR in government and the media as well could be surprising unless you understand how the two hands wash each other through the banking connection. Politicians need money to run for office. Bankers need debt to keep their system humming. A warfare/welfare state serves both needs quite effectively.

The CFR Corporate list could be even more revealing. All of the Primary Dealers of the Federal Reserve are members. Those are the international banks that broker the bonds which create the national debt.

All of the oil monopoly companies are Corporate members. The top media firms are all members. The amount of money and power on the Corporate list is huge and that is not hyperbole. Read over the list yourself and see.

With this background in mind, one might wonder why the placement of CFR members in key control positions in major sports organizations could be advantageous to the goals of such an organization?

The Roman Empire used the bread and circus strategy to achieve appeasement in the populace by diversion. The Colosseum served to keep the people distracted and focused on entertainment rather than on the actions of its leaders. The circus part of the strategy.

Today, major sports like football and basketball are being used to appease, distract and placate the masses as well. Additionally, while you have their attention they are also easy targets to propagandize as well.

People heavily focused on sports, tend to overlook other important issues like what local, state and the federal government are doing to their liberties as they are more interested in entertainment than analysis.

Even politicians also make appearances at certain sporting events to take advantage of the positive aura that sporting events can project. These are not unplanned outcomes of course. Kind of reminds me of Johnny appearing in Vegas for his Godfather sometimes.

Have you noticed how sports have become more politicized these days as well? Lebron James quickly becomes an ambassador for China because of his shoe deals taking China’s side against Daryl Morey. The NBA plays games in China these days stimulated by the draft of Yao Ming as basketball globalization grew under David Stern.

NFL players are taking knees for the national anthem or holding their fists in the air for black equality unknowingly imitating the Communist salute.

Additionally, sports are being also used as an opportunity to politicize the population into accepting a globalist point of view. I don’t know if anyone remembers that abandoned attempt to divide the baseball all-stars into nations a few years ago, but it certainly caught my eye. It seemed like another attempt to expand the awareness of baseball beyond the niche of America’s pastime.

Now, however, not only are games being played in nations like Great Britain and even Communist China, but we also are urged to thank our troops before every game?

Having fought in a foreign war myself, I can relate to the danger and sacrifice involved in that choice. However, let’s be honest with ourselves here. Troops fighting on the other side of the world do close to nothing to keep our nation safer when we have millions of illegal immigrants flooding across our borders.

Not to mention, the hundreds of thousands of refugees from Muslim nations which have now helped place Anti-Americans like Ilhan Omar and Rashida Talib in office. The unpopular Omar (whose real name is Ilhan Nur Said Elmi) bragged recently about being elected by a 78% margin thanks largely to the Somalian refugee concentration in her district.

Yet, every game manages to get in a plug about how grateful we are for our troops who are costing citizens in the U.S. $Trillions to continuously place in other countries in a war on terror that may never end.

It makes perfect sense though when you look at war from the perspective of globalist banking interests like the CFR. Wars are very helpful to the interests of the Federal Reserve cartel and the international banks.

In a debt-based system, such as our central banking system, debt is the main driver of profits. Without continual debt, the fiat currency system of the Federal Reserve would cease. Watch the YouTube video below for a more in-depth treatment of that concept:

War is an excellent way to generate more debt. As long as any nation is engaged in war, debt will be continuously generated. It takes money to fund a war- big money.

Is there any wonder, once you understand that concept that our nation has been continuously engaged in one war or another since the 1913 advent of the Federal Reserve central banking, debt-based system?

It shouldn’t be if you do a little homework. As Marine General Smedley Butler pointed out in the 1930’s War is a Racket. A very good racket at that for the purpose of generating endless debt.

Now, after over 100 years of the Federal Reserve, we have an endless war – the war on terror.

International banks have built their fortunes quietly on the side providing the funding for these wars. For them, war means high profits from the interest on the money they lend to governments and the Corporations who produce the instruments of war.

So, placing someone in charge of major sports venues affords a good opportunity to make sure that the global banking interests best debt producer – war – receives a plug during each game, at least once.

Of course, it is wrapped up in patriotic fervor so no one can complain against it without appearing to be a traitor.

However, the end result is to generate support for an activity that they handsomely profit from but the people ultimately fund with their earnings through taxation and a reduced purchasing power caused by the inflationary impact of increased debt.

May David Stern rest in peace, as we all eventually will. His time on this planet has passed doing a service for handlers who no one ever paid attention to. That wasn’t accidental, but it paid him well with a net worth valued at $150 million around the time of his death.

He did his job well. The NBA surely expanded its influence under his reign. He certainly globalized the game as well. Many foreign players were drafted into the league during his tenure – some very skilled like Dirk Nowitzki among a slew of others.

I’m pretty sure the majority of fans missed the subtle globalizing influence of foreign players focusing mainly on the results of their play on the court. Perfectly understandable, but also perfectly intentional on the part of Stern and his unstated purpose as Commissioner. Not really a criticism as much as an observation on my part.

Meanwhile, I personally continue to enjoy following my favorite teams. I just don’t take them quite as seriously as I used to. Nor, do I devote much time to keeping up with it or watching games unless they are important and playoff related.

After all, those guys are paid generously. Significantly, more money in a sometimes relatively short career than most of us will see through an entire lifetime of toil.

If my team loses, I may not like it, but when it ends I quickly dismiss it. Then, I move on to other interests that have a more direct impact on my life which includes political awareness, education, and action.

I watch fewer sports events these days. I put my time towards more interesting and personally profitable activities. Once you understand how sports are being used to influence your mindset, you may choose to do the same. Just as war is a racket, so too are sports.

Enjoy the games. Just be aware of the unstated influences they may be slipping into your viewing experience. That way, you can simply dismiss them and enjoy the game that much more- if your team wins, of course.

The Federal Reserve’s 100th Birthday is Not a Cause for Celebration! Part 3

The Federal Reserve’s 100th Birthday is Not a Cause for Celebration! Part 1