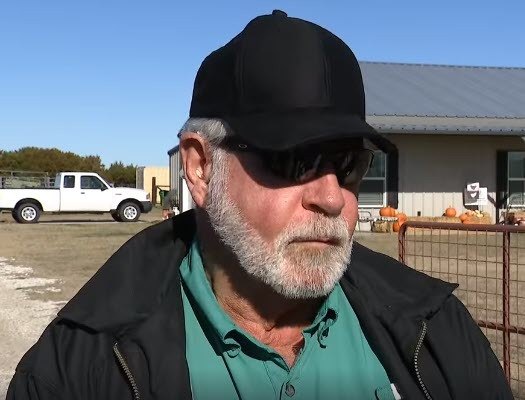 I posted a video of the White Settlement shooting incident. It showed how an armed church member surely stopped more people from being killed by pulling out his legally permitted handgun and shooting a shotgun armed man who had just killed two men.

He was headed in the direction of the pulpit towards the pastor whom he had previously threatened when Jack Wilson, head of church security, pulled his handgun out. He took out the ex-felon with one headshot.

The whole incident took about 6 seconds. You can watch it below:

Note at the end of the video at least two other members with guns drawn as well. Thanks to the leadership of Texas lives were saved by allowing citizens to exercise their 2nd amendment right to keep and bear arms.

Big Brother is giving me a break though. Since it’s the first time, my account isn’t affected. However, they hang this threat over my head:

I’m now a marked man on Google. Plus…

If this happens again

This is why more people are beginning to use alternatives like MeWe.com, Gab.com, Politichatter.com, Parler.com, and others. The truth is people are getting ticked off about the obvious censorship of Big Tech which is skewed decidedly left.

What This Is Really About

YouTube says it violates their violence policy. But what it really violates is their gun control narrative.

They don’t want the public to see the value of the 2nd amendment which is a “right of the people” not the government. As written, they have no right to restrict or confine that right.

They want the people disarmed and enslaved under the thumb of the State.

Had there been no one with arms in this church, the shooter, Keith Thomas Kinnunen 43, disguised in a beard and long hair wig would surely have killed more people.

The video shows the event and sound but no gruesome details. What is does show however is what happens when citizens are armed and trained to protect themselves and others.

Jack Wilson, the 71-year-old man who took the shooter out, is the owner of On Target Firearms Training Academy, Inc.

After the incident, Wilson posted the following statement on his Facebook page regarding his role in this event which he said:

…put me in a position that I would hope no one would have to be in. But evil exists, and I had to take out an active shooter in church. I’m thankful to GOD that I have been blessed with the ability and desire to serve him in the role of head of security at the church.

Texas initiated a law allowing citizens to be armed in churches in the wake of the 2017 massacre at the First Baptist Church of Sutherland Springs which resulted in the deaths of 26 people.

Currently, according to ConcealedCarry.com, most churches allow for concealed carry, although most churches may act like any other private property restricting arms on a church by church basis. Bear in mind, that some of those states, like NY and NJ, make it very difficult to obtain a concealed carry permit thereby serving to restrict rather encourage.

Mississippi is the only state that does not permit concealed carry. Nine states (and the District of Columbia) allow concealed carry only with permission from the church leader.

Google’s Apparent Position on the Issue

Google doesn’t want you to exercise your 2nd Amendment rights which actually are rights owned by the people, not the government.

A well regulated Militia, being necessary to the security of a free State, the right of the people to keep and bear Arms, shall not be infringed.

YouTube/Google doesn’t want citizens to know that guns properly handled will save lives of innocent people. Instead, they hide their true intent behind the rationale of restricting violent or graphic content.

Sounds feasible until you do a little searching on google and begin to find quite a few examples of violent and graphic content.

They apparently would rather you be unarmed and vulnerable for guys like Kinnunen. Guys who want soft targets that they can execute at will.

Thanks to the training and quick action of Jack Wilson, lives were saved and, quite likely, a massacre prevented.

Thanks to the political leadership in Texas, congregations were permitted to conceal carry their arms as a response to the previous Baptist church shooting.

It’s not a plus that we have to carry arms to church. It is, in fact, a sign of the times and not a good one. But, in this case, it saved lives and Google it appears would rather you didn’t know about that since like all lefties they would rather project the rationale that inanimate objects have an innate power to control the minds and actions of the person using them.

The real issue here is that Big Tech censorship is very real and very left of center. It is time to find, develop and support alternatives to this censorship before the State ends up with all of our rights under their thumb which, make no mistake about it, is their end game for all of us.