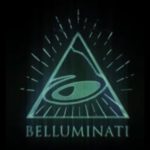 Seems like all kinds of tales exist about the Illuminati. Some more soundly based in historical reality. Others a bit out there in the Twilight Zone. Sometimes you wonder if the people who have the most to hide aren’t generating some of the more speculative presentations in order to present red herrings intended to denigrate rather than inform.

The more recent Taco Bell commercials poke fun at the conspiracy genre giving the impression that the Illuminati claims are nothing more than black helicopter, tin foil hat generated tales.

However, are there historical facts to support this conspiratorial organization or is it simply a mythical tale told by idiots?

You hear the word and it engenders a range of responses from derisive skepticism to curiosity. Those involved in conspiracies want to promote the former response because it keeps people from taking too careful a look at their activities. They would rather you think it’s tin foil hat stuff than take a more careful look. Helps them stay in the shadows where conspiracies operate best.

However, conspiracy is more common than you may think.

Isn’t the mafia a conspiracy? That sure isn’t tin foil hat stuff.

How about a relationship between two married people who aren’t married to each other? Or even your children who want to hide something bad they did from you who use their friends to back up their cover story. These events involve individuals conspiring to cover their bad deeds. They also fall under the category of conspiracy, but most of us just consider them a part of life.

Fact is, conspiracy is all around us and always has been. Where there are human beings, there are conspiracies. Nearly 3800 years ago In Genesis, Rebecca tricked her husband Isaac into giving his blessing to her favored son, Jacob, over the first born Esau through conspiracy. (See Genesis 27)

Conspiracy is certainly nothing new nor unusual. Human history is loaded with it from the personal and certainly to the political. Power over others is a strong motivation when it comes to people who are given it. There have always been those who wish to dominate others to make things easier for themselves.

[quote]Power tends to corrupt and absolute power corrupts absolutely. Great men are almost always bad men, even when they exercise influence and not authority; still more when you superadd the tendency of the certainty of corruption by authority.

The temptation to use the power of government and/or money to accomplish a goal of dominance through conspiring in secret is a story as old as recorded history. A story that still operates even today. Perhaps even more so today along with the rise of media, technology and central banking which has made conspiracy even easier to carry out.

In the brief video below, Art Thompson, President of JBS. presents a historical perspective on the Illuminati. Were they real? Winston Churchill apparently thought so? So did Trotsky. Heck, even the California State Investigating Committee on Education mentioned them in 1953. (They wouldn’t now of course.)

The video is short and meant to be introductory. More facts will be presented in future episodes. Go to https://www.jbs.org/video to follow the series as it unfolds.

If you do, you will find out who the Illuminati were from a factual basis which can be corroborated with historical books and facts rather than the Taco Bell comic book, sales oriented version.

So, grab a taco. Watch the video below and decide for yourself.

To watch the next episode about how the Illuminati were discovered, banned and resurfaced as the German Union and its eventual ties to Hitler click here.