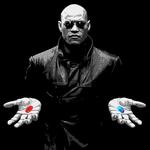 Borderless – a documentary by Lauren Southern is an honest presentation of the immigration issue which is something you will assuredly not get from the mainstream media or your politicians- regardless of nation btw.

While some of it may be shocking to some people, I must say that I did not find it too surprising. First of all, we know that in the U.S., the same mechanism is operating.

Cartels and human traffickers are profiting off of the illegal migrational movement of immigrants in the U.S. as well.

They may not be as well positioned economically as many of the people in Borderless seemed to be. However, they are a source of profit in one way or another to people whose morals are low enough that they are willing to profit off of the suffering of others.

Not the Full Story However

The trafficking, while disturbing and inhumane, is just a symptom of the real problem – the goal of those in power allowing this ceaseless flow. What seems to be missing (perhaps intentionally and necessarily) in Borderless is the global political motivation behind all of this.

The fact is, these movements of illegal migrants could be eliminated quite quickly if there were a political will to do so. The political powers to be all over know what is happening. They are doing nothing of consequence to stop it.

We can plainly see that in the U.S. with the Democrats. They will say anything to paint this as racism, or xenophobia or narrow minded bigotry, but they keep the illegal immigrant train flowing by any means necessary- the biggest means being – lack of action.

They know what is going on. They know it can be stopped practically in its tracks with support of a President who clearly wants to stop it. The reality is, they have no desire to. The real question which is not answered in this documentary is – why?

The end goal of all of these elitists from Merkel to the very wealthy Nancy Pelosi, is – power and control…..of all of us and everything, including your mind (through indoctrination not education btw just like Hitler and Stalin and Mao did with their youth)

They (the ultra rich and powerful) want to eliminate all cultures and all nationalism and put in its place a global government under the UN called euphemistically by many political elites – The New World Order. (see video below for a compilation of political elites speaking of the NWO)

The UN was created by the international financiers after the League of Nations failed. It’s structure is set up as a template for one world government covering all aspects of human life.

To successfully empower the UN, they have to break the financial backbones of all nations. Then, remove all national and cultural identities through the introduction of multiculturalism.

The Irish journalist, Gemma O’Doherty of the Irish Independent, pointed to this in her remarks in the documentary. The major cities no longer have an Irish identity because of multiculturalism. It is in rural Ireland now.

So, where do they send the immigrants now (without the people’s knowledge nor approval as also noted in the film)? The countryside of course.

What will it do?

Shipping these new illegal immigrants with no cultural reference to Ireland will create a multicultural blend. This blending will ultimately water down the Irish identity (just as it has done in the cities already as noted by Gemma O’Doherty in the documentary).

Additionally, it will also overload the economic system to break the nation economically just as it is doing in the EU as noted in the documentary. (Cost estimates of illegal immigrants in the EU at present is $150-200 Billion Euro’s annually as noted in Borderless.)

None of this is accidental. That is why it is global in scope. Just like the inflation of national currency, cultural blending through rampant illegal immigration has an intended consequence.

The preferred form of government for all of this? – Marxist flavored socialism.

Just like the plight of the immigrants which they don’t care about, this form of government will fail the people as well.

Always has and always will.

They don’t care about that either. It is also an intended consequence.

It will transfer power to the State which is the end goal.

As far as the EU goes- they are already eliminating national sovereignty and cultural identity. This why they are fighting Brexit tooth and nail.

The EU is a regional government. Another is intended for North and South America and another for Asia. (See George Orwells 1984 and the Trilateral Commission created by the late David C. Rockefeller and the late Zbigniew Brzezinkski for some ideas on how all of this is designed to play out.

The Bilderburgers 2019 are meeting in Switzerland as I type this.

What do you think they are planning that they need such armed secrecy?

Hint: It ain’t a vacation for these highly paid power elites you can be sure of that. Click here or above for a list of participants of the 2019 meeting, issues to be covered and a background video.

The goal of all of this is the same. As Morpheus said to Neo:

Morpheus: “The Matrix is everywhere. It is all around us. Even now, in this very room. You can see it when you look out your window or when you turn on your television. You can feel it when you go to work… when you go to church… when you pay your taxes. It is the world that has been pulled over your eyes to blind you from the truth.

Morpheus: That you are a slave, Neo. Like everyone else you were born into bondage. Into a prison that you cannot taste or see or touch. A prison for your mind.”

Obama Ignoring the Constitution to Promote Migration Over Immigration