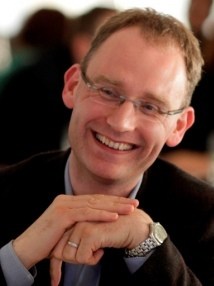 That’s right. All the hype, lockdowns, and the global economic crash are based on a reporting team led by Professor Neil Ferguson, Ph.D. from the Imperial College of London.

Professor Ferguson, reporting to U.K.’s parliamentary select committee on science and technology, has now readjusted his original report’s mortality projection. It has now been reset to only 4% of his original doomsday scenario!

Professor Ferguson was predicting 500,000 deaths in the U.K.

He also projected 2.2 million deaths in the U.S.

As it turns out, based on the actual results of this virus, Dr. Ferguson has now reduced his projection to 20,000 deaths in the U.K. And, he says, it could even be much lower!

Dr. Ferguson also projected that it would take up to 18 months to run its course. U.K. hospitals would be overwhelmed to collapse. And the virus would only stop when a vaccine that worked deploys.

Ferguson now says U.K. hospitals will not be overwhelmed. Additionally, the virus should peak in the U.K. in two to three weeks, not 18 months!

What Changed to Make Such a Dramatic Adjustment?

Perhaps a statement by Dr. Deborah Birx, the White House Coronavirus Coordinator, will help us to be more explicit about what changed. In a WH coronavirus briefing, Dr. Birx said:

The predictions of the models don’t match the realities on the ground in either China, South Korea, or Italy.

In other words, Professor Ferguson’s doomsday model was way out of wack and not based in reality. Based on Ferguson’s model, Italy would have 400,000 deaths. As Dr. Birx noted, “They’re not close to achieving that.”

Note: You can read Professor Ferguson’s original report at this link.

Professor Ferguson stated the following to the Parliamentary committee on Wednesday 3/25/20:

Neil Ferguson at Imperial College London gave evidence today to the U.K.’s parliamentary select committee on science and technology as part of an inquiry into the nation’s response to the coronavirus outbreak.

He said that expected increases in National Health Service capacity and ongoing restrictions to people’s movements make him “reasonably confident” the health service can cope when the predicted peak of the epidemic arrives in two or three weeks.

U.K. deaths from the disease are now unlikely to exceed 20,000, he said and could be much lower.

Why the Doomsday projection?

Will Ricciardella, Washington Examiner reporter, in the video above suggests that the reason for the off-base prediction is that:

There are lies, damn lies, and then there are statistics. You can manipulate them any way you want, and intellectuals always manipulate them in a way that gives them the most power.

I also suspect that it likely has something to do with Ferguson’s professional affiliations as well. Ferguson’s bio notes:

A major research interest throughout my career has been on developing mathematical models of the geographic spread of newly emergent pathogens  – such as BSE/vCJD, foot and mouth disease, SARS and MERS, pandemic influenza, Ebola and ZIka – to examine containment and mitigation strategies.

Much of this work has been undertaken in collaboration with colleagues in my department and external institutions – most notably public health partners such as the World Health Organization [WHO], the US Centers for Disease Control and Prevention (CDC) and Public Health England..

(Note: Public Health England is also a WHO agency, as noted below.)

The center that Ferguson’s team reports from is the MRC Centre for Global Infectious Disease Analysis. From their annual report, it appears that their largest funding partner is the WHO and Public Health England which is, in turn, an agency of the WHO as well.

The WHO very aggressively pushes vaccines, for just about everything it seems. As an agency of the UN, the WHO also pushes a globalist agenda seeking to unify the planet under a UN-based government. (See this post on Agenda 2030 for more on the UN’s globalist agenda.)

The UN, the CDC and the WHO are all aggressively pushing the COVID-19 virus pandemic. When you arrive on each of their sites, the first topic you will see these days is the COVID-19 pandemic.

It is no surprise therefore that Ferguson’s team revved up his projections to promote a global pandemic giving governments more credibility in assuming control over its citizens ostensibly for their own protection.

It is also no surprise that the Imperial College report said the only solution was a vaccine which may take as long as 18 months. This would allow the governments to isolate and establish more controls over their citizens while also buying more time for the development of a vaccine. Two globalist birds with one stone.

Imperial College President Professor Alice Gast considers the college to be a “global university”. This new paradigm transforms the traditional educational role of the university into one of social activism. Success is measured by the social impact on society, not the scholastic achievement.

Gast also seeks to promote closer working relationships with government which means engagement in the political sphere and community engagement.

This is where Neil Ferguson’s mathematical models of transmission came in suggesting home isolation and quarantine, social distancing and closure of schools and universities.

What is not stated in all of this, however, is that Ferguson has no medical or related degree. He has an M.A. in physics and a Ph.D. in Philosophy in theoretical physics. He applies his educational background to using mathematical modeling regarding the spread of infectious diseases.

In short, Ferguson is a data-driven technocrat who has access to policy makers around the globe through the Imperial internationalism influences and their connections to the UN based WHO.

His report hyped COVID-19 as comparable to the 1918 Spanish flu stating:

It represents the most serious seen in a respiratory virus since the 1918 H1N1 influenza pandemic.

Ferguson predicted 500,000 deaths in the UK and 1.2 million in the U.S. with only 2 possible strategies mitigation and suppression which is where all the isolation, quarantine, social distancing, school and university closures came from. All done based on mathematical models, NOT reality.

Of course, all of this was just temporary until the vaccine was developed which would ensure society’s survival.

Ferguson’s manipulated report statistics were more than enough for leftist governments to use as a justification to extend the government’s power over its citizens. And the call for a vaccine accompanied the increased government controls.

Once Professor Ferguson’s Imperial College report was released, power-hungry politicians jumped on it like voracious sharks. They were happy to use it to bring to life all of their most cherished dreams of power over the people while “Big Pharma” salivated over the profits associated with the development of yet another vaccine.

An Additional Factor Forcing Ferguson’s Hand to Change His Projections

On Thursday, March 19th, nearly a week before Ferguson’s meeting with the Parliamentary Committee, the UK downgraded COVID-19 reporting that they are no longer considering it an HCID (High Consequence Infectious Disease). Suddenly, in his own nation, health officials reported that this virus isn’t as bad as we had anticipated, based on the facts in real life- not a fantasy projection based on biased assumptions.

Ferguson was forced to alter his doomsday pandemic reporting in the face of official changes, based on the facts, possibly to rescue his professional credibility.

The decision to downgrade COVID-19 was made by the 4 Nations Public Health HCID group and the Advisory Committee on Dangerous Pathogens (ACDP).

They reported that they had more information now about mortality rates (low overall) and greater clinical awareness with testing.

Furthermore, they say, the cases of COVID-19 will no longer be managed by the HCID treatment centers.

Since this happened on Thursday, March 19th (before the Imperial College statements to Parliament on the 25th) one must ask:

Could it have anything to do with power and control over the public rather than true concern for public health?

This is turning out to be the most costly deception by governments ever! $2.2 Trillion in the U.S. alone and counting.

The Damage is Massive!

Already, it has cost our nation over $2 Trillion with plenty of pork for the left built-in and much more to come. For as President Trump reported at the bill signing, it could go as high as $6 Trillion.

Now that pandora’s box has opened, there may be no way to close it without a whole lot of pain and cost. We don’t know yet.

Some predict that this crisis will pass more quickly now, and by the summer, the market will be roaring once again. That may be. It also may not be. It is an unknown when you dump this amount of money from nothing into an economy.

How do you rid yourself of the massive increase in the national debt without production to accompany it? The truth is – you don’t. Money from nothing like this fuels inflation. Prices will rise because our money will be worth less (or perhaps may even become worthless) now.

What happens to the increased and mounting national debt which will exceed $25.6 Trillion when this all shakes out?

You pass it on to the next generation to come. Unless the burden becomes too large and the value of the already inflated dollar reaches the hyperinflation state as in Venezuela.

Then, the economy sags under its weight to the point of collapse. Keep your fingers crossed on that one, but it may be an inevitable end that cannot be avoided.

What about the controls put on the citizens? Will they go away quickly? Or will they now have been established as a precedent that will get trotted out more rapidly for the next manufactured crisis?

People have sure complied quickly enough. The government knows now how little it takes to whip people into a controllable frenzy of fear. That model has been established now. So, we don’t have the answer to that question either.

But like the lion who got a taste of human flesh and became a man-eater, once the left gets a taste of power, they tend to do the same thing. Except power mongers tend to eat civilizations instead.