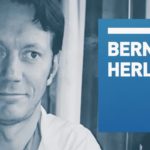 As reported in RT, which is Russia Today- a Moscow based news agency. (Unfortunately, we have to get this news from Moscow not our Western governments. Nevertheless, truth is truth even if it does have an insidious intent to undermine confidence in your own non-Communist government.) A Swedish dental hygienist, Bernt Herlitz, was fired, after his granted victory was appealed, for exposing that 80% of the so-called unaccompanied “children” migrants he examined were over the age of 18.

Herlitz made that observation after examinations he performed on their teeth, he noted they all had fully grown wisdom teeth. Not something that a “child” would have.

His mistake was not to note this but rather to report it to an immigration officer. The woman then told him to file a report. The result of his report? He got fired!

Herlitz, then sued his employers and won damages. it should have ended there but didn’t.

The region who lost appealed to the highest labor court in Stockholm which overturned the decision and fined him $54,000 to boot. It bankrupted him and his family. (Hmmm….sounds kind of like Robert Mueller doesn’t it Michael Flynn and others?)

Example of What Happens with These “Children” Refugees

As reported by Russia Today:

In Sweden- How About the “Children” Reaching Our Borders?

[quote]Some migrants provide false data on their age, seemingly in order to get more benefits from the welfare systems of the European countries.

However, others claim to be ‘children’ in an apparent attempt to be tried as juveniles for alleged crimes. An Afghani immigrant, Hussein Khavari, accused of raping and murdering a 19-year-old German woman, turned out to be an adult.

At the time of his arrest, Hussein told police he was 17 years old. However, after analysis of one of the suspect’s teeth from the upper jaw showed that the accused was about 26 years old, probably 30.[/quote]

How many of these so-called “children” have been admitted to our nation I wonder?

Of the approximately 12,000 “children” that the left has been ranting about- 10,000 of them were “unaccompanied”. My educated guess is that is what is happening in Sweden is happening here as well. Of course, since the Democrats on the left (almost all of them) don’t give a damn about this nation and its citizens, this fact is never fully researched.

If there was a will to do the right thing, it appears that a simple oral exam could be used to determine the claimed child status for each immigrant arriving at our borders. The reality is that the left, which includes most of the elected officials in the Democratic party and some in the Republican as well, don’t want secure borders. What they want is more government particularly the tyranny of a global government.

The real intent behind uncontrolled immigration is the same as it is in the European nations, undermine government, break the back of the culture, insert collectivist ideology and let the nation collapse. Once collapsed under the weight of rampant immigration sucking out billions (According to a FAIR report estimated at $115 billion after taxes were paid in 2016 alone.) from the states. The financially bankrupt and culturally disordered nation can then be folded neatly (so they think) into their New World Order as Daddy Bush, Henry Kissinger, Bill Clinton, Obama and many other politicians have put it.

There is more to this immigration issue than meets the eye which is why the use emotionally based distractions like “children” being ripped from their mother’s arms. That’s the way they want it. Keep ’em dumbed down. They’ll find out later when it is simply too late.

Previous Post Look Who Is Offended By Criticism? Absolutely Laughable- Not to Mention the Obvious Hypocrisy and Double Standard Next Post Did the Illuminati Ever Come to America?