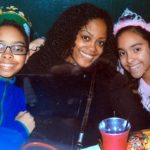 Black Lives Matter (BLM) claims that it is opposes the death of black citizens. After all, they did choose to name their organization “Black Lives Matter”. So, surely all black lives matter right?

Do they really? Or is there instead, a selective outrage directed towards specific targets?

Perhaps the reality of BLM is that only specific black lives at specific times with specific people involved really only matter? You know, like white policemen involved in fatally shooting black men regardless of the circumstances?

The mother of three children including twins, black NYPD police officer Miosotis Familia, was shot in the head by 34 year old Alexander Bonds. Although reports quickly surfaced that this black shooter was anti-police, the attack was described as “unprovoked”. One way to white wash a tragedy and ignore any other mitigating causes, but not very honest in light of our current times.

Perhaps, it was as unprovoked as the shooting which took place on the ball field in Virginia. It was initiated by an anti-Trump, Bernie Sanders voter, who had a list of Republican congressman on his person scheduled, in his mind apparently, for elimination.

Nothing provoked in that attack either I suppose. However, in a climate which is fanned by mainstream media outlets such as CNN which a Harvard study showed posts 93% of its content as anti-Trump is that really the case?

CNN is not fully responsible for this narrative though. They are not operating in a vacuum.

It therefore seems fair to conclude that there exists a strong wind of anti-Trump rhetoric that can be indicted as contributory to fanning the flames of those on the edge of sanity. Potentially serving to help them over the edge perhaps. Speculation, of course, but not without reasonable causative evidence.

In 2016, 21 of 145 officers killed in line of duty across the nation were killed ambush style similar to the Bonds shooting of Officer Familia. So this is not an isolated case in our nation. It happened 21 times last year alone.

Black Lives Matter? So, Where Are They Now?

With all of the anti-police rhetoric generated by groups like Black Lives Matter, one has to wonder then where is their outrage when this black mother of 3 children was assassinated by a black man for no reason other than the color of her uniform?

Where is the outrage of the Black Lives Matter group in this tragedy? Why does this black woman’s life not seem to matter? Why does her family of 3 children, suddenly left without a mother, get no recognition or sympathy?

Could it be that it was related to the fact that she was an NYPD police officer? Could it be related to the fact that the shooter was a black man?

Could it be that this event does not fit the narrative of the Marxist inspired Black Lives Matter which would prefer to respond to a white person (or kind of whitish as in the case of Trayvon Martin and George Zimmerman) shooting a black man regardless of the actual circumstances during the event?

Note: In the cases of both Trayvon Martin and Michael Brown, both were grossly misrepresented by BLM. Both also led to riots strongly related to the flat out lies represented as reality in each case supplied by the BLM movement and promoted as truth by the mainstream media.

For example, in the case of Michael Brown and “Hands Up. Don’t Shoot.”- a complete fabrication and outright lie which when the facts actually surfaced at the trial from eye witnesses which, in fact, was the reason why Officer Wilson was ultimately acquitted.

It had nothing to do with racism. It had to do with the actual facts revealed at the trial from eye witnesses and forensic evidence. (These statements can be backed with facts upon request or one can conduct their own objective research and make their own decision.)

Another Mitigating Factor- Often Glossed Over

Bonds apartment was left wide open the day of the killing. The police visited after the shooting. What they found was an absolute mess. However, the real key to this crime may lie, not only in the disturbed mind of the killer, but also in his choice of medications. What the police also found at Bonds chaotic mess was prescriptions for muscle relaxants, anti-psychotics and anti-depressants. As previously posted, there have been significant numbers of connections made to violent killings and SSRI’s (Selective Serotonin Reuptake Inhibiters, the most commonly prescribed anti-depressant.). Some sites are devoted to paying attention to the number of cases involving violence to one’s self (suicide) or to others (murder) that are related to anti-depressant medications. The list is extensive.  (Note: In this shooting, Bonds not only killed another, but himself as well. He shot himself on the subway platform as the police closed in on him after the shooting.)

Where Will This Go?

Black Lives Matter will have nothing to say about it. A black family left motherless by an unprovoked assassination by a black man? How do they explain how that fits into their Black Lives Matter movement emphasis of evil white police killing innocent black men (A phony narrative which is fueled by lies.)? Fact is, they don’t?

How does the mainstream media fit SSRI’s into the narrative as a potential cause agent? They do not as well. Too much advertising revenue at stake there to take a risk.

So, Miosotis Familia, may quietly fade out of the public view. Bonds is dead as well. So nothing there to protect or spin.

Meanwhile, a family of 3 black children are left to somehow come to grips with a devastated life without a mother who chose her profession to protect the public. This Red Cross volunteer police woman didn’t have a chance and never saw it coming.

Unfortunately, her children now have no choice. Mom is gone, largely because of a drug disturbed black man, quite possibly supported by the rhetoric of groups like Black Lives Matter and our mainstream media.

Fact is, to Black Lives Matter, not all do. And Obama met with this group in the White House? Telling? I think so.

All lives matter as tragedies like this aptly point out.