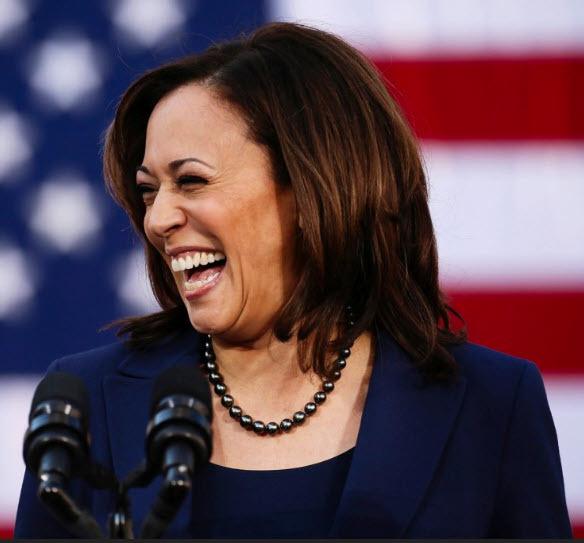 After Nancy Pelosi complained in a press conference about what she called misleading Trump ads:

This is, on the part of Facebook, a robust unacceptable interference in the census, Pelosi said at a press conference Thursday.

Failed Presidential candidate, Sen. Kamala Harris sent a letter to FB criticizing the tech giant for its “failure” to enforce its own policies barring misinformation about the U.S. census.

The image of the ad below shows how it works. The Facebook ad in question is the first connection to the respondent:

After clicking on the Facebook ad above, it redirects to this site:

A Facebook spokesperson told inquirer’s from Popular Information that the Trump campaign Census ads do not violate its policy. Why?

According to Facebook, it is clear the Trump campaign ads are not about the official Census because the ads also reference his campaign.

That wasn’t good enough for Popular Information and obviously Dems like Pelosi and Harris.

Facebook’s Response to the Harris Complaint

So, despite the fact that FB did not believe the ads violated their advertising policy, how do you suspect they reacted to Harris’ letter?

They caved, of course.

FB announced it will remove the misleading “census” ads, saying they violated Facebook’s policies barring all posts that include misleading information about the U.S. census.

What a turn about huh? Good job Kamala and Nancy and Popular Information.

But who exactly is this Popular Information that they have such influence over Democrats like Pelosi and Harris?

They are, after all, just another blogging site out of perhaps thousands of other politically oriented sites. How did they get the attention of Pelosi to begin with?

Let’s find out where they come from and see.

Who Is Popular Information?

Popular Information is written by me, Judd Legum. I spent a decade following politics obsessively as the founder and editor of ThinkProgress. According to Wikipedia, I’ve “drawn notice for reporting and commentary on a range of political topics.”

Judd also notes that in 2008, he was Hillary Clinton’s Research Director which means he was in charge of researching her opponents. Judd was part of the team that helped Hillary prepare for all 25 of her debates.

Hillary’s 2008 bid failed but Judd also tried his hand at running for office and failed too:

In 2010, I ran for State Delegate in Maryland. I knocked on 10,000 doors, put up yard signs, showed up at homeowners’ association meetings and sent out direct mail. I won the Democratic nomination. Then I lost in the general election. It was gutting but I’m glad I tried it.

But what about that editor position of Think Progress mentioned in his credibility building bio?

Think Progress is a “project” of the American Progress Action Fund (APAF), a “sister advocacy organization” of the John Podesta-led Center for American Progress (CAP) and CAP’s entities such as Campus Progress. It also draws freely on the resources of the George Soros-funded Media Matters website edited by David Brock.

Podesta was the former Chief of Staff for Hillary Clinton. He met Bill Clinton in 1970 through the antiwar movement, led primarily by the left of course.

In short, Podesta was the guy who engineered the techniques used by Clinton and his predecessors, notably Barack Obama, to get around Congress and create a “Kingship” out of the executive office. A function the framers were very much opposed to.

Podesta also served as an Independent Advisory Council member of the corrupt community organization ACORN, which Barack Obama represented in a 1995 lawsuit and helped direct funding towards from 2000 to 2002 as a board member of the Woods Fund.

The connections of Popular Information to Democrat shakers and movers of the Party are quite obvious. These are not minor players – Hillary Clinton, Barack Obama, and John Podesta. Perhaps this is why Nancy Pelosi paid close attention to what the website had to say about the ads. Popular Information is a Democrat operative.

After all, as the founder Judd Legum notes, he was a major opponent investigator for Hillary’s failed 2008 Presidential campaign. He obviously has a good body of experience in attacking Democrat opponents.

What About the Funding of Popular Information?

Apparently, Popular Information draws its funding from subscriptions through the Substack blog. Contributors like Rolling Stone’s Matt Taibbi and Slate’s Daniel Ortega have helped as does Legum’s Twitter following of 280,000 built during his time at Think Progress and the Center for American Progress.

The Center for American Progress (CAP) is a member of the Shadow Party, which is a network of non-profit activist groups organized and funded by George Soros. I guess we all knew that we’d find Soros money in this mix somewhere.

Soros launched Shadow Party in 2003 as part of a plan to defeat George Bush in the 2004 campaign. Podesta was in attendance at the initial meeting as were other left-wing Democrat luminaries.

CAP was established at that time “to serve as a think tank for promoting leftist ideas and policy initiatives.” Podesta was chosen as CAP’s President who said his goal was to develop CAP as a:

“think tank on steroids,” featuring “a message-oriented war room” that “will send out a daily briefing to refute the positions and arguments of the right.”

Assisted in its initial funding by a $3,000,000 grant by George Soros’ Open Society to be used for “general support”.

Think Progress, which Legum founded, is a sister organization of the Center for American Progress (CAP) funded primarily by George Soros’s money.

So, as it turns out, this little blog from which Nancy Pelosi and Kamala Harris took their cue has financial roots in George Soros and political roots connected to Bill and Hillary Clinton, Barack Obama and Democrat heavyweight activists like John Podesta.

On top of it all, Facebook backed off its ad position when it received the complaint letter/directive from Kamala Harris which was an outgrowth of Nancy Pelosi’s press conference.

All three with primary roots in California or should I say Kalifornia perhaps? Birds of a feather flocking together it appears. Once again confirmation of whose side Facebook is on in 2020 and who they take their directives from.

Expect more of the same as the 2020 election approaches from all of these sources. Next time you see something from the 2003 Georgetown law graduate Judd Legum’s Popular Information blog you’ll know exactly where they are coming from and whose money helped get them started.

Not lightweight stuff going on here, but a carefully coordinated and orchestrated attack from the heavyweight leftist activists and of course with Soros money in the mix as well.

10 Tips On Discussing Politics and Remaining Civil (and Employed?)