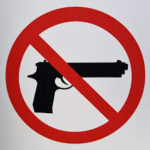 Democrats love to throw out the Nazi term or analogies when speaking about Donald Trump. Just recently they were comparing However, these are the same people who hypocritically turn a blind eye to the brown shirt actions of radical Marxist groups like Resist Fascism.

Or say nothing when students shout down conservative speakers or even attack liberal professors who present a conservative-like oppositional view. There is not a peep from Democrats or the leftist, Anti-Trump media cults about protecting freedom of speech then.

However, who are the real Nazi’s here? Actions, as the saying goes, speak louder than words.

As noted in The New American Magazine, the 6 laws are:

Take the first two measures (A-1181 and A-1217).  The first question that arises is, Can we truly expect a partisan, one-party-controlled government such as NJ has, to be entrusted to make non-partisan, or non-politically influenced decisions of who is deemed a “threat” or “danger”?

For some answers, let’s look at how well this has worked through history in other one-party controlled governments which tilted left.

The New American gives us a historic reference of how this type of government control over the people actually worked out:

[quote]In the Soviet Union and in eastern-bloc communist satellites, state-controlled doctors and courts were regularly used to diagnose political opposition and Christians as being “mentally ill” or a “threat” to the “people,” as “represented by the Communist Party of the Soviet Union.”

Individuals who harbored anti-government sentiments, expressed criticism about the Communist Party, or who believed in God, the Bible, or Christianity were given psychiatric evaluations by the state and even forcibly sent to psychiatric wards and mental asylums where they were subjected to unspeakable abuses, medical experimentation, and other heinous acts. [/quote]

The radical leftist and heavily biased Southern Poverty Law Center, which was regularly cited as a legitimate source by the Obama-era Department of Homeland Security and used by the FBI as a resource up to 2014, listed the John Birch Society, Eagle Forum, Constitution Party, Oath Keepers, Tenth Amendment Center, and other like-minded conservative organizations as “extreme anti-government groups.” All could be targeted by an iron fisted government as a “threat” to society.


One Step at a Time

If you think this type of characterization can’t happen here consider Joy Moron on “The View” describing Mike Pence’s evangelical Christian belief that Jesus speaks to him as “mental illness.”  Could a state government do the same to Christians or other groups, like conservatives perhaps? Why not ? As Lord Acton stated in the mid-19th century, power corrupts, absolute power corrupts absolutely.

Who makes the decisions in the above 2 laws? The courts and selected mental health professionals, chosen by who? The very same laws were passed in Nazi Germany and the Soviet Union during more settled periods, years before they were put into action by a party that controlled everything and everyone.

One can take it lightly, but that same attitude was prevalent then in these States when the legislation was first passed. The heavy handed application by the Nazi regime surfaced later when the State was firmly in control of the population and wanted to preserve and extend that control.

Any broad based societal catastrophe could do to serve as a trigger for a stiff application of these laws. An economic collapse, an EMP, even an act of nature could trigger the justifications allowing laws like these to be applied by an iron handed government seeking to suppress anyone it perceives as an “enemy” against its control.

In case you think there is no government precedent for this type of behavior here, Paul Manafort would disagree, having been sent to jail without even being tried for a crime by the Mueller crew under the court claim of witness tampering.

Not everyone in the State of NJ agrees with these laws. The New American reports:

[quote]This unconstitutional law will be ignored by criminals and madmen, and affects only law-abiding citizens,” adding, “It turns one million people into criminals with the stroke of a pen, limits self-defense, and takes away property lawfully acquired.

Buy it yesterday, ban it today, go to prison tomorrow — it’s the Jersey way, and the goal of our lawsuit is to boot this law, which makes no one safer, into the trash heap of history where it belongs.[/quote]

Our Tattered Bill of Rights

These laws are additional government assaults on the people’s right under the 2nd amendment to self protection. They are curtailments and abridgments of citizens rights under the guise of protecting our children.

However, they may also be providing us with a glimpse of the type of far-reaching gun-control measures which leftist Democrats would like to impose nationwide, if they once again regain majority control of both branches of Congress and eventually the presidency.

Freedom loving Americans need to stay alert in your own states. As we already know, governments, once they are granted more power (like Obamacare did, for example) are very difficult to leverage out.

The second amendment is already in tatters. Personally, I would rather watch its recovery not its death? Safer for all of us despite the cry of useful idiots who willingly cede away their God given right of self protection to a government which is never there to protect them when real gun related tragedies happen.